Guru and Caz with Mike Holt and Phil from the GGs 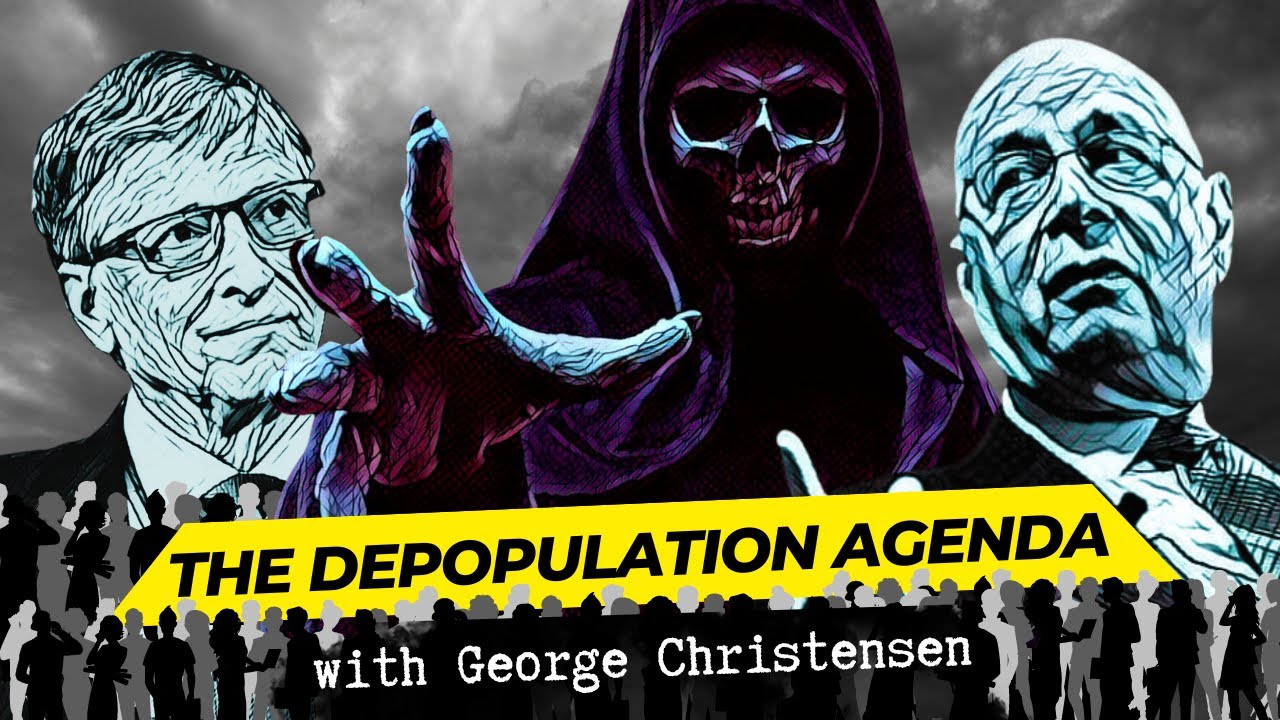 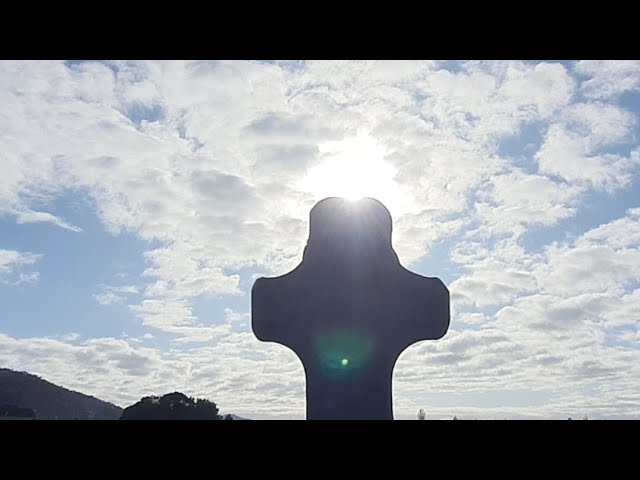 #exposethe28 Can We Acheive Unity In Our Humility After launching as a pilot late last year, Discord will allow more servers to offer paid memberships in exchange for special server-specific perks.

Tesla delivered Thursday evening the first production versions of its long-delayed electric semi truck five years after CEO Elon Musk revealed the commercial vehicle. The first Tesla Semi trucks were handed over to Pepsi at an event at the company gigafactory in Sparks, Nevada.

Alleged IS terrorist silent in Darwin court after extradition

Melbourne-born alleged Islamic State terrorist Neil Prakash has appeared in a Darwin court after being deported from Turkey to face six terrorism charges.The 31-year-old former rapper allegedly joined and supported Islamic State in 2014, and is also accused of travelling to Syria and undertaking hostile acts in 2016.Prakash could face a life sentence if found guilty.READ MORE: Russian public support for Ukraine war crumblesNorthern Territory Local Court Chief Judge Elizabeth Morris granted an extradition order to transfer Prakash from the NT to Victoria on or before December 9.He will remain in custody in Darwin until AFP and Victorian Police officers jointly take him into custody and escort him to Melbourne.Once there, he is expected to be charged by the Australian Federal Police Victorian Joint Counter Terrorism Team with a range of serious terrorism offences.Prakash, who appeared via video link from the Palmerston watch house, was handcuffed throughout the hearing.He declined legal representation and remained silent when Judge Morris asked him to confirm his identity.Victorian detective senior constable Andrew Gibney told the court Parkash had been identified by distinct scars and a tattoo on his chest.READ MORE: Today team pay tribute to 'force of nature' Ally LangdonEarly today he arrived by plane from Turkey to Darwin, where he was arrested by the Australian Federal Police.Prakash has been described as the most important and the most dangerous Australian member of Islamic State.He was arrested in Turkey in 2016 for allegedly fighting for the terrorist group in Syria and later moved to an immigration detention centre.The jihadist appeared in several videos trying to recruit fellow Australians to the IS fight, as well as fighting himself for the terrorist organisation overseas.Prakash has also been implicated in at least two terror plots on Australian soil, including the Anzac Day plot to behead a Melbourne police officer.The former Coalition government tried to have Prakash's Australian citizenship cancelled, but that was effectively overturned by the High Court.He landed in Darwin on the same flight as Tony Haddad, an alleged crime figure extradited from Turkey after a major manhunt.﻿- with AAP﻿ ]]>

Remember her as Lynette Joy Simms

From today on, we would like her to be known and remembered as Lynette Joy Simms.As﻿ ﻿Chris Dawson was being transferred to Silverwater Jail to serve an 18-year sentence for the murder of his wife Lynette, the Sydney mum's family reclaimed her maiden name. Greg Simms paid tribute to his gentle sister as he acknowledged the very long, painful and challenging journey his family faced bringing justice to Lynette, who had been regarded as a missing person for decades following her 1982 disappearance. The system was against us, but we got there in the end, Simms said outside court. We really didn't believe this day would ever come.READ MORE:﻿ Chris Dawson jailed for 24 years over 1982 murder of wife LynetteFor our family, Lyn will always be remembered as a happy, gentle, generous and loving daughter, sister, mother, niece, aunt and friend, Simms said.Justice Ian Harrison noted Dawson may well die in jail as he handed down his sentence for killing and disposing of Lynette's body, but Simms said he hoped for him to live a long life to face the weight of his crime for years to come. ﻿No sentence is long enough for taking someone's life. Twenty-four years is wonderful, he may not live﻿ for 24 years but I hope he lives for quite a long time, Simms' wife Merilyn added.There's one thing that still pains the family; that Lynette's body has never been recovered. Simms said he didn't believe Dawson, who he said discarded his sister, would ever reveal that detail, allowing them to finally lay her to rest. ﻿READ MORE: Russian public support for Ukraine war crumblesHe thanked Lynette's family and friends who had worked in an unofficial capacity with police and media to get answers about the Sydney mum-of-two's final days, along with Justice Harrison, the Department of Prosecutions and media, including Nine's Ben Fordham. Simms made special mention of journalist ﻿Hedley Thomas, whose popular Gold Walkley Award winning true crime podcast The Teacher's Pet, thrust the cold case back into the limelight, reigniting the investigation. It's our time to begin living our lives without having this hanging over our heads, Simms said. Chris Dawson has had 40 years of freedom. Now, it's our turn. READ MORE: Bruce Lehrmann's retrial set to be abandonedDawson has launched an appeal against his conviction but Simms said﻿ if he wants to appeal, he's appealed everything else, he may as well go the full hog.As far as we're concerned, today is the last of it. Finito, Simms said.﻿ ]]>

Prime Minister Anthony Albanese has hailed the passage of the government's industrial relations bill as a way to give Australian workers a better deal and a better future.In a statement issued today, Albanese and Employment Minister Tony Burke said the Secure Jobs, Better Pay bill was a next step to lifting wages, improving job security and closing the gender pay gap.After a decade of deliberate wage suppression under the Liberals and Nationals, Australian workers need a pay rise and these new laws will deliver, the statement read.READ MORE: Western Australia set to make gay conversion therapy a crimeBy modernising the bargaining system we will see more workplace agreements, delivering better productivity and flexibility for employers and better pay and conditions for workers.We're bringing our workplace relations system up to date with a Government that wants to get wages moving again.The bill passed the Senate overnight after amendments made by the crossbench.The amended bill was voted on in the House this morning.Albanese noted not a single member of the opposition voted for the changes.READ MORE: Lehrmann rape trial abandoned, charges droppedSpeaking to Today this morning, Opposition Leader Peter Dutton said he wanted wage growth, but in a responsible way.If you put this union wishlist of industrial relations changes across small businesses, it's going to drive up unemployment, Dutton said.It's coming at exactly the wrong time for the economy.Before its passage, Liberal senator Michaelia Cash described it as literally the most radical changes that the country has ever seen.The bill's passage has had a mixed response across the country, with unions welcoming the changes and some employers panning them.READ MORE: Russian public support for Ukraine war crumblesThe Construction, Forestry, Maritime, Mining and Energy Union (CFMEU) celebrated the abolition of the Australian Building and Construction Commission (ABCC).This targeting of people for standing up for their rights put enormous stress and hardship on construction workers and their families, CFMEU secretary Dave Noonan said.Australian construction workers welcome the vote of parliament to abolish this authoritarian and politicised body and look forward to engaging with all parties in the industry to meet the challenges it faces.READ MORE: Menthol cigarettes could be banned﻿But Master Builders Australia CEO Denita Warn said the abolition of the ABCC meant the government turned its back on builders and subcontractors.Unions have been given the green light to ramp up pattern bargaining and bullying tactics in our industry, Wawn said.The Senate extensively debated the countless examples of vile intimidation, thuggery and bullying which has been forensically documented in four commissions, dozens of reviews and inquiries and hundreds of federal court judgements so it beggars belief the government would turn a blind eye.CEO of the Minerals Council of Australia Tania Constable said the legislation would be a handbrake on investment, job opportunities and wage growth.The reintroduction of multi-employer bargaining into the Australian workplace relations regime will have negative consequences on investment, productivity, economic growth, job security and wages for small or larger businesses across Australia, she said. ]]>

Cadillac Racing says its first electric race car is almost ready for the 24 Hours of Daytona event in January after passing critical testing and development milestones. Since July, the V-LMDh has gone through nearly 12,000 miles (19,000 km) of on-track testing, including a 24-hour test at Sebring International Raceway.Cadillac collected data on nighttime operation and durability on the bumpy 3.7-mile circuit. Program manager Laura Wontrop Klauser claimed Sebring was the perfect testing ground for the V-LMDh ahead of its competitive debut at Daytona. “To complete that endurance test was extra motivation for our team and provided a sense of accomplishment,” Klauser said in a statement. “We still have a lot to do in a short time, but we are at the point where we are fine-tuning many things.”The car is also slated to take part in the 24-hour race at Le Mans in June. Cadillac plans to run it in the IMSA WeatherTech SportsCar Championship and the FIA World Endurance Championship. A final test will take place next week at Daytona as part of mandatory evaluations for all manufacturers intending to take part in the IMSA’s new Grand Touring Prototype class. Cadillac Racing will reveal the final competition version of the three V-LMDh race cars, including liveries (and hopefully a new name), in mid-January. ]]>

US authorizes another missile sale to NATO hopeful

Lehrmann trial discontinued: when prosecution isnt in the public interest

ACT Director of Public Prosecutions (DPP) Shane Drumgold today announced that the charges against Bruce Lehrmann, the man accused of raping Brittany Higgins at Parliament House in 2019, have been withdrawn.